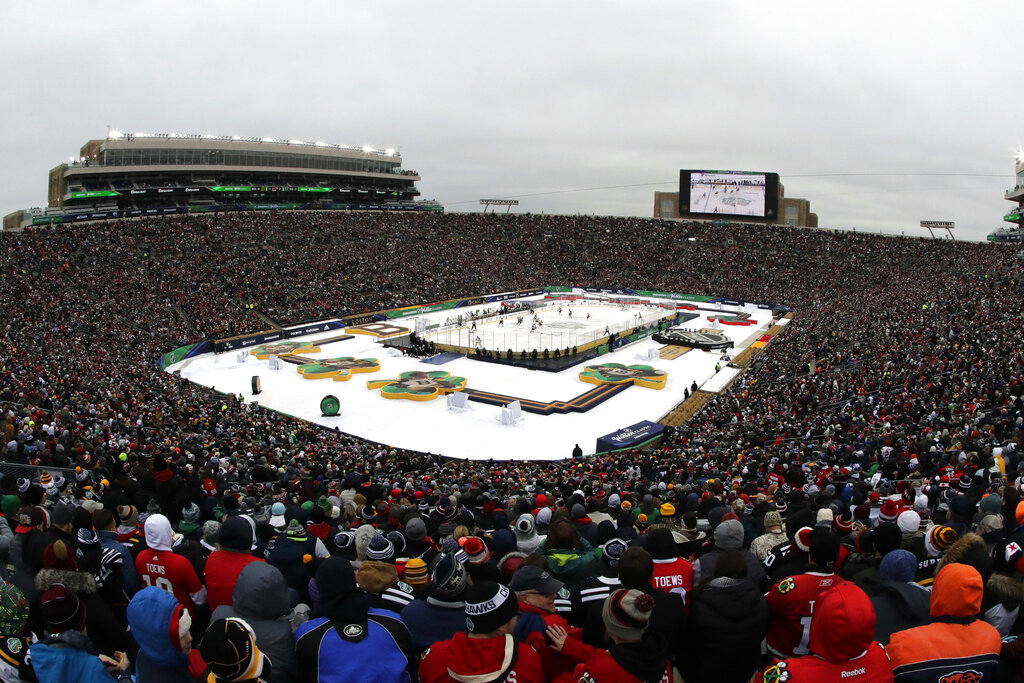 Media by Associated Press: THIS CORRECTS THAT ALDRICH VOLUNTEERED AT HOUGHTON HIGH SCHOOL AND NOT HANCOCK HIGH SCHOOL AS ORIGINALLY SENT – FILE – Notre Dame Stadium is viewed during the second period of the NHL Winter Classic hockey game between the Boston Bruins and the Chicago Blackhawks, Jan. 1, 2019, in South Bend, Ind. Before arriving at Houghton High School, as a volunteer coach, Brad Aldrich had been allowed to resign from the Blackhawks over accusations of sexually assaulting a player. Aldrich worked for the University of Notre Dame and Miami University in Ohio before spending time as a volunteer coach in his native Michigan. (AP Photo/Nam Y. Huh, File)

The Colorado Avalanche and Edmonton Oilers face off on Tuesday at Ball Arena in Denver, and the oddsmakers fancy the home team (-178) over the visitor (+150).

Be sure to check out our betting preview for this contest, and find all of our predictions of NHL games, too!