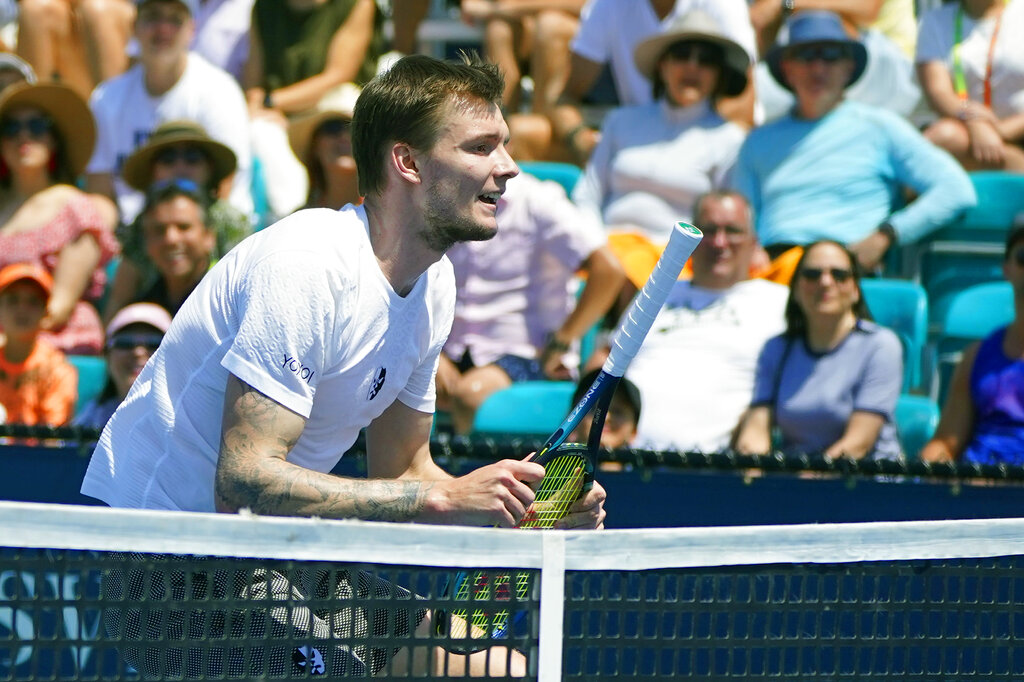 Media by Associated Press: Alexander Bublik of Kazakhstan attempts to hit a shot from Casper Ruud of Norway with the handle of his racquet, at the Miami Open tennis tournament, Sunday, March 27, 2022, in Miami Gardens, Fla. (AP Photo/Wilfredo Lee)

Alexander Bublik will take on Taylor Fritz in the Viking International Eastbourne quarterfinals on Thursday, June 23.

Fritz is +750 to win the tournament, while Bublik has +650 odds (fourth-best odds). Here is our preview for this matchup, and find all of our tennis articles, too!