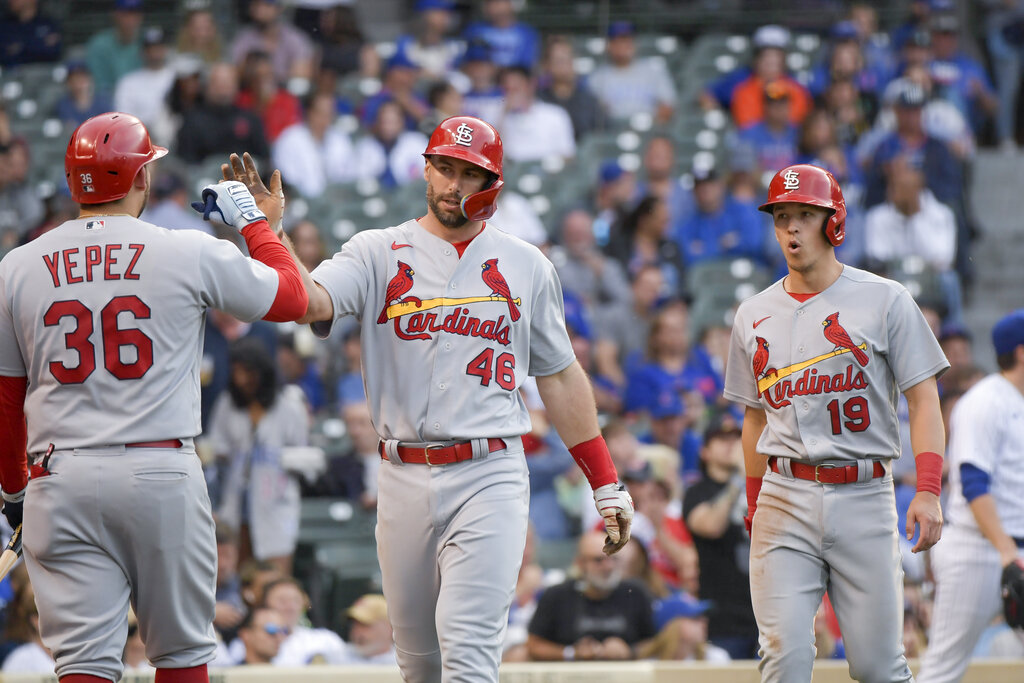 Media by Associated Press: St. Louis Cardinals’ Juan Yepez (36) congratulates Paul Goldschmidt (46) and Tommy Edman (19) after scoring on a single by Nolan Arenado to tie up a baseball game against the Chicago Cubs during the fifth inning of a baseball game, Sunday, June 5, 2022, at Wrigley Field in Chicago. (AP Photo/Mark Black)

The Milwaukee Brewers (39-32) are set to take on the St. Louis Cardinals (40-31) Thursday at 2:10 PM ET. The Brewers are listed as -115 favorites by oddsmakers, while the underdog Cardinals have -105 odds for the contest. Neither team has named a starting pitcher for the contest.

Be sure to check out our preview for this game, and find all of our expert MLB picks, too!

Brewers to win vs Cardinals -115