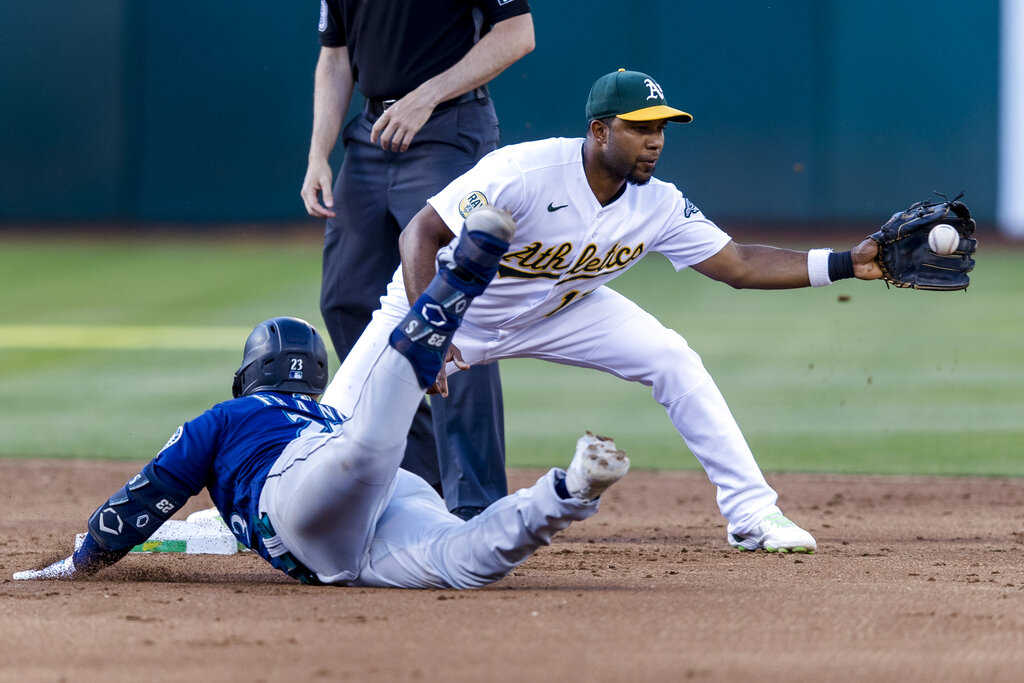 The Seattle Mariners (31-39), led by the red-hot Jesse Winker and his two-game homer streak, are -135 favorites to pick up a win over the Oakland Athletics (23-47) Thursday at 3:37 PM ET, live from Oakland Coliseum. Neither team has named a starter for this contest.

Check out our betting preview for this game, and discover all of our MLB betting picks, too!

Mariners to win vs Athletics -135