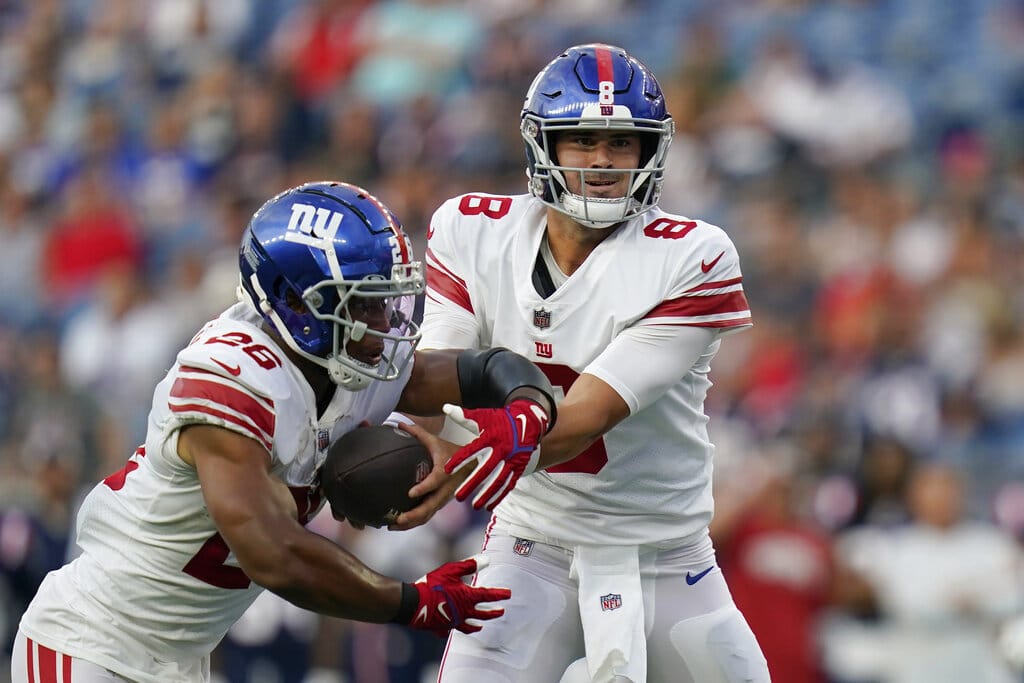 With the 2022 NFL season approaching, there is already excitement building. While being a feature NFL running back is rare these days with how the league has changed, there is still an exciting crop of players who will be taking handoffs in the upcoming season. Here are five worth keeping your eyes on as the season rolls along.

Cook averaged 4.7 yards per carry and finished with 1,159 rushing yards. Where Cook saw the biggest drop-off was with rushing touchdowns.

After finishing with double-digit rushing touchdowns in 2019 and 2020, Cook only had six last season. With a new coaching staff in Minnesota, having Cook and quarterback Kirk Cousins utilized in different ways will be interesting.

The Steelers weren’t shy in utilizing their first-round pick from last season. Harris carried the bulk of the workload of Pittsburgh’s offense.

Harris also had 467 receiving yards. The challenge in his sophomore season will be continuing to have that success as the Steelers transition away from Ben Roethlisberger at quarterback. With a revamped offensive line and either Mitch Trubisky and Kenny Pickett under center, Harris will have a new challenge in 2022.

Of all the running backs in the league, Henry has the feel of a player from a different era. Tennessee has treated Henry like a feature back, feeding him the ball consistently over the past three seasons. Henry finished ninth in the league with 937 rushing yards despite missing nine games due to injury last season.

In 2019 and 2020, Tennessee gave him 303, and 378 carries, respectively, as Henry finished with 1,540 and 2,027 rushing yards, respectively. The Titans will hope Henry can stay healthy and support Ryan Tannehill as they make another run at an AFC Championship.

Barkley hopes 2022 will lay to rest any feelings his career has been a disappointment. During Barkley’s first two seasons, the Penn State product topped the 1,000-yard plateau twice. However, in the two seasons that followed, Barkley has only played in 15 games.

Taylor showed an incredible amount of durability and production during his second year in the NFL. Taylor led the league in total carries (332), rushing yards (1,811), touchdowns (18), longest run (83), and yards per game (106.5). The biggest challenge for Taylor will be trying to replicate that.

One thing that will help is Indianapolis adding quarterback Matt Ryan. The veteran QB will take attention away from Taylor.

This is a team eager to return to the playoffs and attempt to win a Super Bowl. Having Taylor in top form will be important to their plan.

Keep up with your latest NFL news coverage and betting pick previews at NJSportsbookReview.com.

Barry Devoe can regularly be found rocking the sticks on League of Legends, Rocket League, and CS:GO, but he loves his traditional sports as well. Barry is a Chicago sports fan through and through, but his knowledge of the game is second-to-none. When he's not watching or playing, he works as a baseball umpire and football referee.