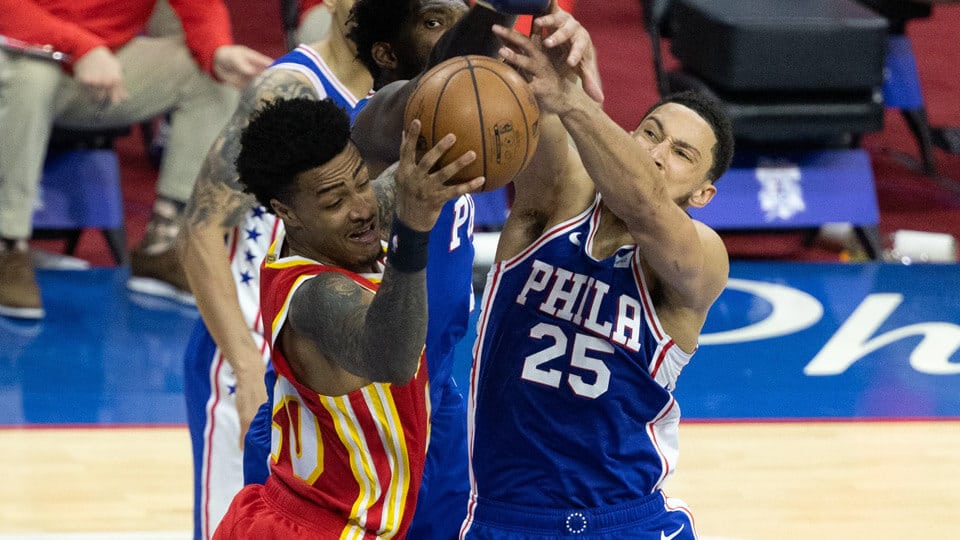 The Philadelphia 76ers and Atlanta Hawks split their first two games in this best-of-seven Eastern Conference semifinal series. After the Hawks beat the Sixers convincingly in Game 1, the Sixers turned the tables and blew Atlanta out in Game 2. In this pivotal third game, the Hawks will become the hosts as they look to put another Atlantic Division team behind the eight-ball.

The biggest difference between each of the first two games for the Philadelphia 76ers was their three-point shooting in those games. Philadelphia shot just under 35% from long distance in Game 1 but improved that number to 46% in Game 2. Seth Curry and Shake Milton shot a combined 9-11 from beyond the arc in Game 2, with the question being whether or not they can get close to that output in Game 3.

Another key difference from game to game was the improved job the Sixers did defending Trae Young. The Hawks’ star player scored 35 points in the series opener but was limited to just 21 points in the second contest. After struggling to figure out who to put on Young early in Game 1, the Sixers may have figured out how best to defend him going forward, which could spell trouble for Atlanta moving forward.

In the first round of the playoffs, the Atlanta Hawks split their first two road games against the New York Knicks before winning the next two games at home. Here against the top-seeded Sixers, the Hawks will look to accomplish the same feat. But to begin that process with a win in Game 3, the Hawks will need to get their offense back on track against a Sixers team that is loaded with perimeter defenders.

In addition to Young’s struggles for the Hawks, Bogdan Bogdanovic and John Collins failed to make a real impact for the Hawks in Game 2. Those two starters for Atlanta combined for a 10/27 shooting night in Atlanta’s loss on Tuesday, combining for just 22 points. With the Hawks showing no signs of slowing down Joel Embiid anytime soon, the top offensive threats for the Hawks have to raise their levels for Atlanta to avoid falling behind in this series.

Philadelphia and Atlanta Odds and Lines

DraftKings Sportsbook has the Philadelphia 76ers as a 1.5-point favorite against the Atlanta Hawks heading into this matchup.

Free Play of the Night

What is interesting about the betting line for this game is that it is only a couple of points different from the line for the Hawks’ first home game last round against the Knicks. Philadelphia is a much better team than the Knicks and should give the Hawks more problems on both ends of the floor. Expect the 76ers to win this game and cover the spread as the Hawks learn that they are in for a tougher path forward this round.

Keep up with your NBA news coverage and betting pick previews at NJ Sportsbook.

Ryan has been one of the leading sports business & iGaming professionals for over 15 years. He started as a freelance writer and now operates one of the top sports content agencies around, Knup Solutions. He has literally written 10,000 plus sports and betting related articles across the web.