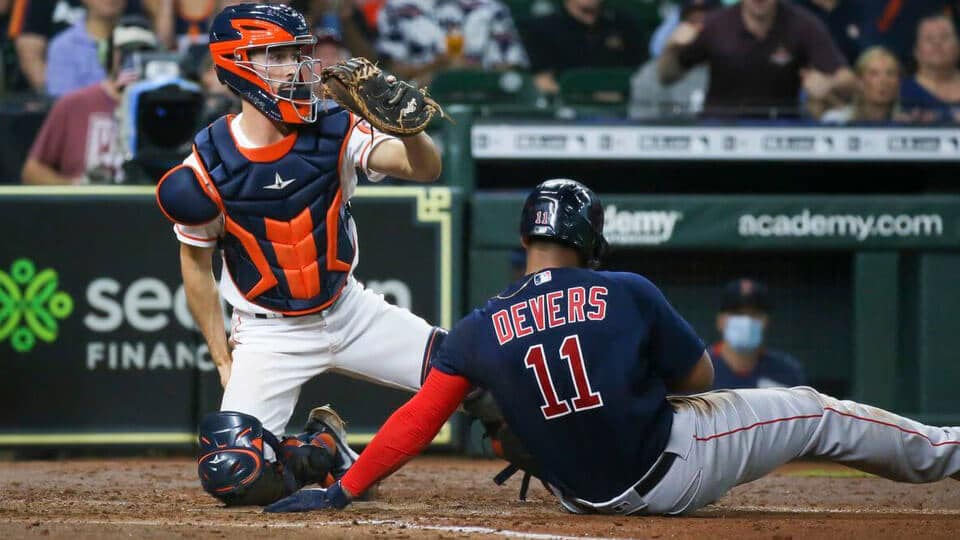 In a battle of second-place teams, the Houston Astros and Boston Red Sox meet for the seventh time in 11 days in the series finale on Thursday. Houston won three-of-four in Texas May 31 – June 3, and they are 5-1 against Boston this season. First pitch is scheduled for 7:10 p.m. ET at Fenway Park.

The Houston Astros are 8-2 over their last 10 games, with the offense doing the heavy lifting at 6.2 runs per game. Overall the Astors are +80 in run differential, third-best in the Majors.

In the series against Boston, the Houston bats have 14 extra-base hits in two games. Alex Bregman has a home run and two doubles, Kyle Tucker has three doubles, Carlos Correa has a homer and a double, Jose Altuve and Yordan Alvarez also have home runs.

Overall the Astros are batting .271 as a team with 72 home runs. Yuli Gurrriel leads the American League with a .335 average and ranks 10th in the league with a team-best 45 RBI. Correa and Tucker lead the Astros with 11 home runs while Altuve has 10.

Greinke did not face Boston in the series at the beginning of June. Last time out, he allowed one run on six hits in a complete game 13-1 win against Toronto. Houston is 4-1 in his last five starts as Greinke has gone 36 innings in those outings with just 10 runs allowed.

After a hot start to the season, the Red Sox cooled off in the middle of May before getting going again. They entered this series with a five-game win streak thanks to a sweep of the Yankees in New York over the weekend. Boston is 1.5 games behind Tampa Bay in the AL East but a solid four games up on the Yankees and five ahead of Toronto.

The Red Sox got their bats back this year after lacking at the plate in the shortened 2020 season. They have 75 home runs led by Rafael Devers with 15, J.D. Martinez with 12, and Xander Bogaerts with 11. Bogaerts is batting .321, with Martinez at .313 and Alex Verdugo at .295.

Rodriguez got knocked around by Houston on Memorial Day as he allowed six runs on seven hits over 4 ⅔ innings in an 11-2 loss. He surrendered a home run to Altuve in the third inning with Houston already leading 2-0, and by the time he left the game, it was 6-0 in the fifth.

He bounced back to pitch well at the New York Yankees on Saturday in a 7-3 Red Sox win. Rodriguez allowed three runs on five hits over 5 ⅓ innings in a no-decision. After missing last season with a heart condition, Rodriguez has logged at least five innings in nine of 11 outings in 2021.

The Red Sox are 19-6 as underdogs, and the Astros are just 21-26 as favorites. Houston’s bats have been on fire this week, and they have already had success against Rodriguez. There’s no reason to think that will change Thursday night. Greinke is in the best form he’s been in since 2019 over the last month.

Keep up with your MLB news coverage and betting pick previews at NJ Sportsbook.